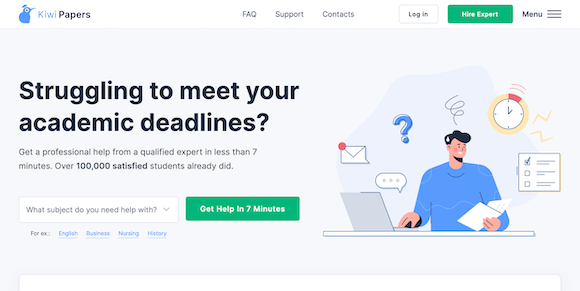 KiwiPapers.com is a fairly new custom writing service with a unique business model. Some companies provide fixed rates for their writing services, while others adapt a marketplace platform. With KiwiPapers, however, an AI will assist you in placing orders and providing price quotations, among others.

The website is operated by RATATATA LTD., a company that’s associated with Boosta Ltd., which is famous for EduBirdie.com, a household name in the essay writing service industry. KiwiPapers has a registered company address in Bulgaria, but what we know is that Boosta registers different websites under different company names.

If you look closely, KiwiPapers has the same user’s cabinet as with other websites operated by Boosta, but with a different process of making an order. But is this where the similarities end or are you better off purchasing a paper elsewhere? Our KiwiPapers review should have all the answers you need.

From their website alone, you can see how Kiwi Papers is different from most other essay writing service websites. For one, they don’t have a dedicated section for their list of services, which can be a hassle to some.

We did find a list eventually, and it’s in their FAQs section. The company provides writing papers from scratch, editing help. Sadly, they don’t offer proofreading.

Below is a brief list of popular paper types they can cater to:

KiwiPapers provides not just academic writing, but online tutoring as well, where tutors can find job postings from students who seek academic assistance, and vice versa.

Obviously, you’ll have to first engage with KiwiPapers’ chatbot and choose a write before getting a price estimate of your order. This can be a serious hassle to potential customers who would much prefer to see a fixed pricing table or a calculator before interacting with a customer rep or filling out an order form. 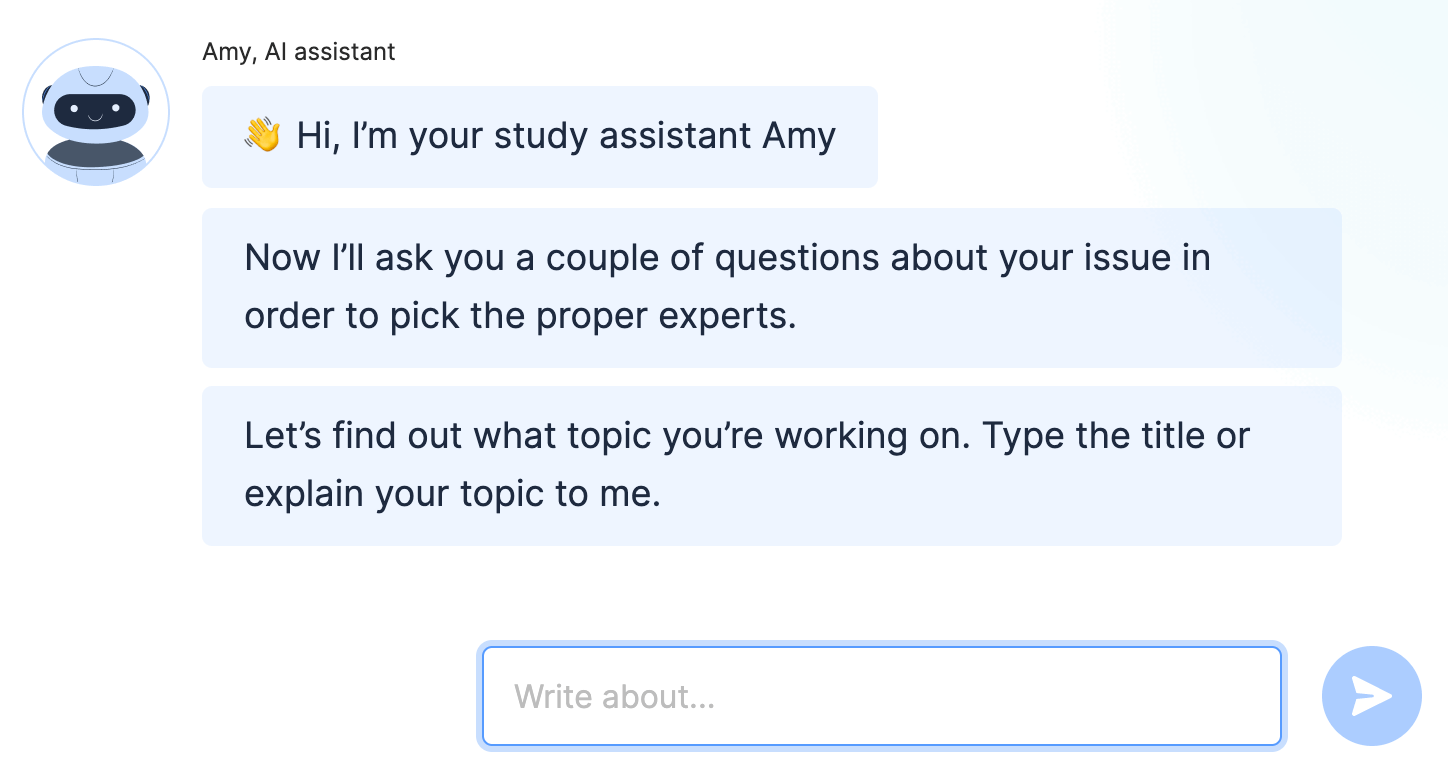 Basically, it’s like EduBirdie’s bidding system, except for the rather unique ordering process. As mentioned earlier, the minimum rate of their papers is at $9.99 per page, but upon filling out the form, we noticed that some writers charge as much as $20 per page, which is pretty steep compared to most other essay writing services. This depends on certain factors, such as:

Sadly, there’s no way to determine if they cater to all academic levels. This means you’ll have to engage with a writer first and see if they can cater to your project. However, we have reason to believe that their customer base is comprised mostly of high schoolers. If you need complex papers like a thesis, you may have to look elsewhere.

At the time of this review, we’ve failed to find any Kiwi Papers promo code. Prices vary from writer to writer, so there are no regular discounts on offer from the site. The best way to get discounts is to negotiate with the assigned writer yourself.

Unlike other writing services, KiwiPapers’ chatbot doesn’t provide a list of add-on features or any useful extra services to include in your order. Again, you have to come up with some sort of agreement with the assigned writer, in case you need things like outlining and formatting, citations, plagiarism report, etc.

Meanwhile, students who are looking for a different type of academic assistance can greatly benefit from KiwiPapers’ bundle offer.

With the bundle offer, a qualified expert or specialist will be assigned to cover all types of course help, from consultation to the choice of credible sources. You’ll have a personal manager to help manage your schedule and assist with your academic tasks. It’s a suitable option for students who want to work with an academic expert for the long term.

It’s good to know what KiwiPapers’ stand is when it comes to academic integrity and with with Acceptable Use Policy, they’re reminding customers that the company doesn’t encourage nor tolerate any form of copyright infringement, plagiarism, and academic cheating.

KiwiPapers has laid out ways to properly use their products and services the ethical way but the gist is that any custom paper produced by their writers must only be used as a model paper that’s aimed to expand a student’s knowledge and show the basics of the topic and plan they may choose to follow to make their own paper.

Therefore, students must NOT do any of the following:

Refunds never seem to be an issue with this company, but in the unlikely even a customer isn’t satisfied with the final outcome of their paper, KiwiPapers.com is willing to get their money back, either in partial or in full, provided that the customer sends a detailed record of violations and meets the following conditions:

KiwiPapers offers a rather short 3-day period for customers to request a refund, which starts from the moment they receive the final output. So if you’re not happy with the paper, it’s best to act fast.

In case the final paper isn’t up to par, customers can request as many revisions as needed, as long as it’s within the following timeframes:

They have a relatively shorter grace period compared to most other essay writing companies, but this company is known to address these issues in a timely and professional manner, so expect them to respond to your request within 24 hours.

Is Kiwi Papers legit? As far as credibility and transparency go, KiwiPapers doesn’t hide any legal information, and they’re pretty clear about what their customers should and shouldn’t do with their purchased papers.

The best way to determine a company’s reputation is to find out what customers are saying about them. We failed to find testimonials from their website, which is just as well because it’s from third-party websites where you’ll uncover the good and the bad.

We’ve found plenty of Kiwi Papers reviews on independent platforms like SiteJabber and TrustPilot, and we can say this company has received a mix of positives and negatives. 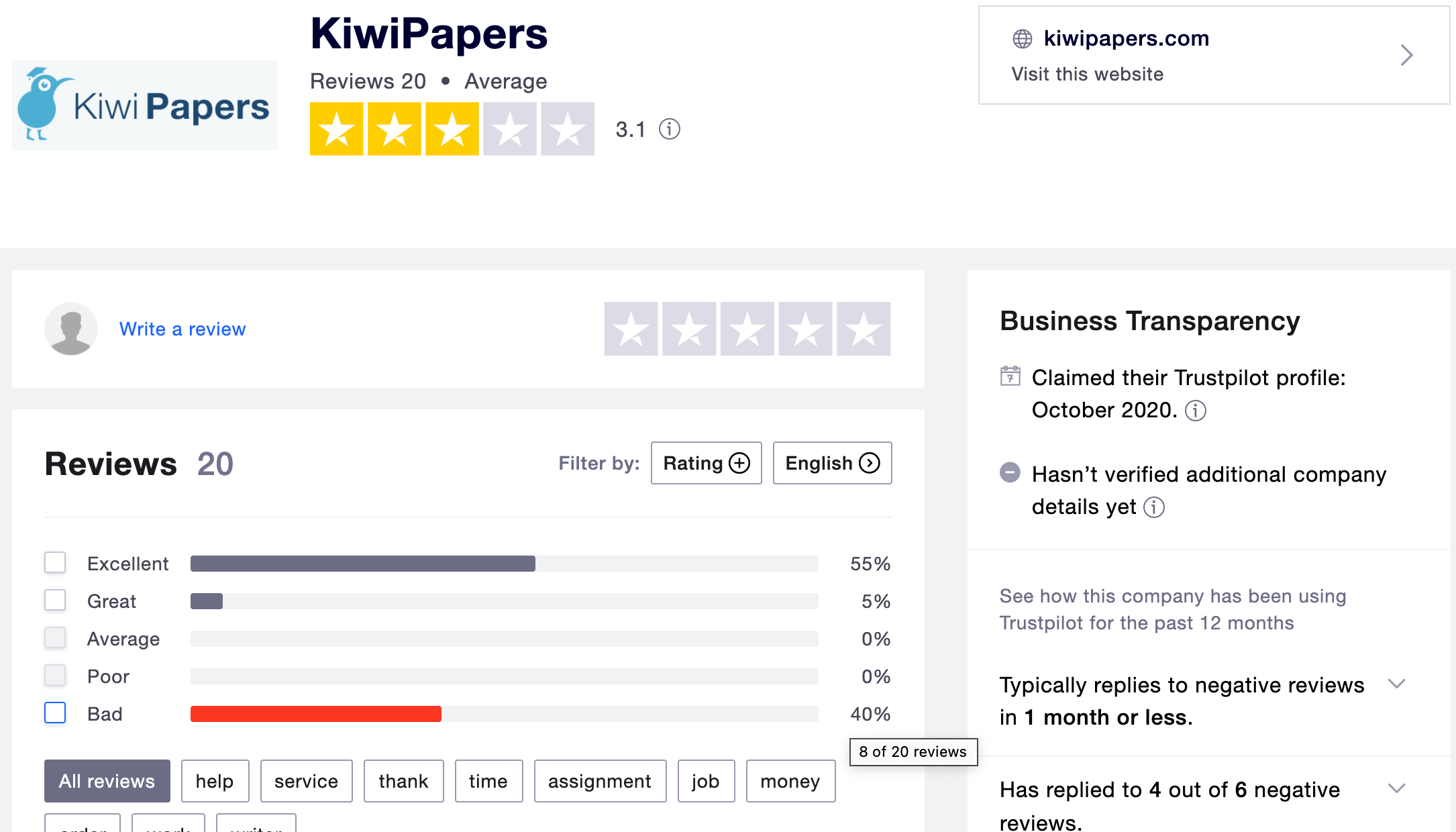 From SiteJabber, the company has a consumer rating of 4.57 stars, coming from 475 reviews. Sifting through these reviews, we’ve found that most customers are happy with their ordered papers, frequently mentioning great service and the company’s quick response to complaints and inquiries.

However, it’s a slightly different story on TrustPilot, where KiwiPapers has received a 3.1 average rating. One particular review caught our attention, where a customer complained about canceling an order but failing to receive a refund. KiwiPapers is yet to respond to this complaint. From their company profile, we saw that they typically reply to negative reviews in 1 month or less, which is good.

We see KiwiPapers as a company that strives to improve their services and listens to their customers, but as with any decent essay writing service, they’re facing backlash from competitors who deliberately spread fake negative reviews against KiwiPapers.com, as part of their marketing strategy.

Sadly this company is reeling from way too many false negative reviews. In fact, a quick Google search brought up a whole slew of reviews from websites and blogs masked as “independent review sites”, which are actually owned and operated by rival companies solely for smearing the reputation of sites like KiwiPapers. Some fakes you need to watch out for include:

On the other hand, the company behind KiwiPapers is also known for running multiple review websites that were made to give their own services a positive outlook. Maybe this is a way to fight back against rival companies who continue to badmouth KiwiPapers, we’ll never truly know. But by virtue of fairness, we’re also exposing some websites and blogs that overly promote KiwiPapers, to the point it’s too good to be true. These include:

Overall, KiwiPapers.com is an interesting site, especially with the way they process orders via an AI assistant. Some customers may be put off with their not-so-user-friendly website, but once you get past the ordering process, finding a suitable writer will be smooth and easy. Coupled with quality customer services and prompt delivery, they’re not such a bad choice for school, particularly for high school students who need writing or tutoring help.

Needless to say, KiwiPapers is a legitimate website that’s safe to use, with strict policies that guarantee the confidentiality of their customers. They’d probably get more customers to hire them if they lower the price of their services and offer discounts so for now, we’d recommend them with reservations. Hopefully, our KiwiPapers review has helped you make a sound decision whether or not it’s the right essay writing service for your academic needs.